Pillsbury the Out of Puff PugGABLESPF

We have recently taken in an extremely over weight pug who is in urgent need of medical treatment.

Pillsbury, as the pudgy little pug has been named, has the most severe pinched/narrow nostrils that our vets, Filham Park, have ever seen. This condition means that Pillsbury has difficulty breathing, with little or no air flow in or out of his nostrils, resulting in a lot of open-mouthed breathing and panting. He also has a very large facial fold (the crease of skin over the ridge of the nose), which contributes to his difficulty in breathing and has resulted in Pillsbury developing an uncomfortable and painful skin condition called Erythematous. This is caused by the accumulation of blood in dilated capillaries in Pillsbury’s skin fold, nose and around his eyes.

If this wasn’t bad enough Pillsbury also has problems with his soft palate, which does not help his breathing difficulties and he is suffering from lower lid entropian. This is another painful condition where the eyelids turn inwards causing the lashes to rub against the eye. None of these health issues are helped by the fact that Pillsbury is extremely overweight.

These medical treatments and procedures have sadly become all too common for brachycephalic dogs such as pugs, French bulldogs and other flat faced breeds. Despite all the issues Pillsbury currently has and will continue to face he has remained an incredibly sweet young man. Although he cannot do it for long he loves to run and play, something the staff are looking forward to being able to do more of once he has recovered and is fully fit.

Deputy Manager, Ruth Rickard said: “It used to be extremely rare to find breeds such as Pugs and Frenchie’s in rescue centres but we have seen huge increase in their numbers, particularly over the last five years. This is largely because they have become the ‘must have’ fashionable breed, but this has resulted in them being over and inter breed purely for profits without any concern for behavioural and medical welfare. This unfortunately means huge vet bills for the owners before the dogs are even a year old”.

We do not receive any government funding and have felt the financial strain from the Coronavirus pandemic, but we are determined to help Pillsbury. 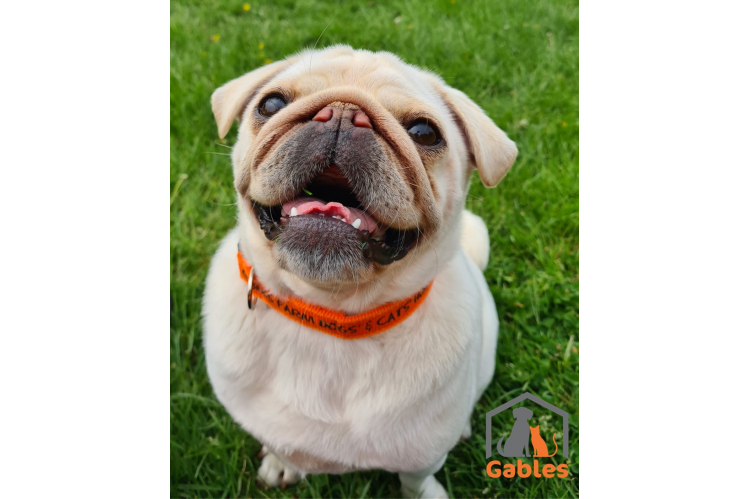