The Knife Angel is a striking 27 feet tall sculpture, made from over 100,000 seized blades.  It was created to highlight the negative effects of violent behaviour, solidifying a critical need for social change. The Angel is a catalyst for turning the tide on violent and aggressive behaviour. It is also acts as a beautiful memorial designed to celebrate those lives who have been lost through violent and thoughtless actions.

Although much of the cost of bringing the Knife Angel to Leicester will be covered by in-kind support there will be some incurred costs.  After costs have been covered, donations made will form part of the Knife Angel's legacy in Leicester and funding will support anti-violence youth engagement, address anti-violence and anti-agression across Leicester city and county.  We are aiming to raise £20,000 in order to achieve this.

Thank you for your support. 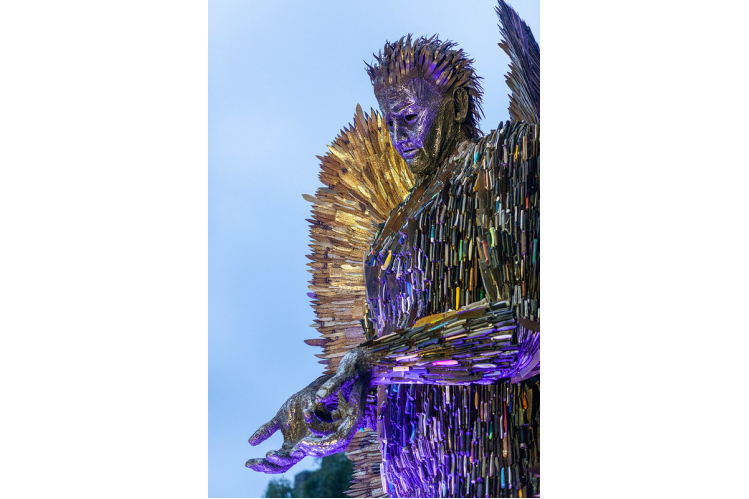