A Place of Refuge - A Pilgrim's WalkREFWALK

The Abbey Church of Dunfermline - Scotland

Donate More than 20 people have donated a total of &pound808, be the next one...

When the Bicentennial Celebrations launched in February 2018, the then Moderator of the General Assembly of the Church of Scotland, the Very Rev Dr Derek Browning, Lord Bruce and the then co-ordinator of Scottish Faiths Action for Refugees were present as our project to raise funds to support Refugee Communities and the continuing work of the Abbey Church as a place of refuge.   Each year since then choir events and walking adventures have added to the funds.

The current situation in Afghanistan has once again highlighted the support needed for refugee communities across the globe, and to bring our Bicentennial Project to a close, the Minister will be seeking sponsorship as she walks four sections of the Fife Pilgrim Way on consecutive Fridays in September.

MaryAnn is hoping that others may want to join her on her walks.   Participants are asked to make their own way to each start point either by sharing cars or taking public transport.   Each walk begins at 10am. 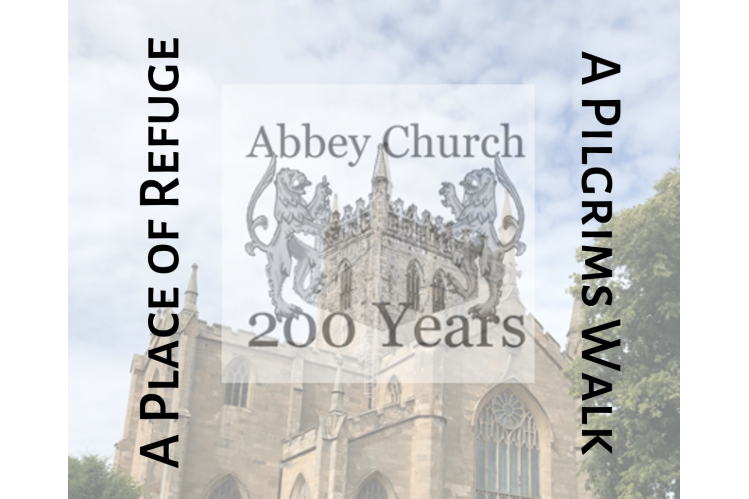 "Well done to all those who trod in the steps of those gone before, through rain and sun!" Joy

"Well done, Rev. MaryAnn Rennie and all who walked the Fife Pilgrim Way for this very worthy cause. Norma Watson and Ann Johnston" Anonymous

Joy
Well done to all those who trod in the steps of those gone before, through rain and sun!
Anonymous
Well done, Rev. MaryAnn Rennie and all who walked the Fife Pilgrim Way for this very worthy cause. Norma Watson and Ann Johnston
Anonymous
well done!
Ken & Roz
Well Done!!
Gordon
33 miles for a great cause! Well done !
Caroline
An amazing feat! Hope your knee holds out.
Ian
Great Effort
Keith
For an impressive feat!
Elspeth
Fantastic cause…
Lynne McNeil
Hope the weather is kind (and you avoid blisters). Good luck!
Frances
My boots may not be made for walking but very happy to support yours!
Margaret MacMillan
Very important cause
Anonymous
Wishing you success and joining you on two walks
Anonymous
Hope you had a good start yesterday and that all goes well for the rest of your journey.
Anonymous
A good start!
Andrew
Good stuff
Anonymous
Good luck. Will be walking part of the Pilgrims Way in support.