Donate More than 10 people have donated a total of &pound450, be the next one...

At the annual meeting of North East Derbyshire District Council, Councillor Martin Thacker M.B.E. was elected as the 35th Chairman of the Local Authority for the coming Civic year 2021-2022.

Born and bred in Walton, where he still lives, Martin is an ardent advocate for North East Derbyshire.  He has served as a District Councillor representing Brampton and Walton Ward since 2007. He continues to serve as Chair of Holymoorside and Walton Parish Council since 2009.  He previously represented Walton on Chesterfield Borough Council from 1991 to 1995.

A dedicated, community-minded person, Martin is involved in various organisations.  He is President of:  Staveley Branch of the Royal British Legion; Staveley Armed Forces Veterans’ Association; North Derbyshire R.S.P.C.A.; Chesterfield Male Voice Choir; and Ireland Colliery Chesterfield Brass Band.  He is active with youth organisations such as Scouts and R.A.F. Cadets.  As a keen football fan, he is proud to be Vice-Chairman of Chesterfield Football Club and Director of Chesterfield Football Community Trust.  A campaigner for the local deaf community, Martin was awarded an M.B.E. for services to the Deaf in the year 2000.

A career in Education included eighteen years as a Headteacher in two schools.  He served for three years as East Midlands Regional President for the East Midlands of the National Association of Headteachers, in addition to being County President of Derbyshire.  A Founding Fellow of the Chartered College of Teaching, Martin is a Governor of a Special School.

Martin will bring energy and enthusiasm to the role of Chairman of the Council.  Generosity of his time and a listening ear are but two of the qualities he possesses that will serve the people of North East Derbyshire well over the coming twelve months.

Looking forward to supporting Martin in his Civic year is Jean Spencer who will be Consort.  Originally from Yorkshire, Jean has lived and worked in this area since 1984.  She is active in local organisations and currently President of Chesterfield and District Soroptimists.

Jean worked as a full-time teacher at Abercrombie Primary School for 28 years and is now retired. She is a volunteer at Chatsworth House and enjoys walking, reading, theatre and music.

During their year in office, Martin and Jean have chosen Ashgate Hospice Care as their chosen charity. 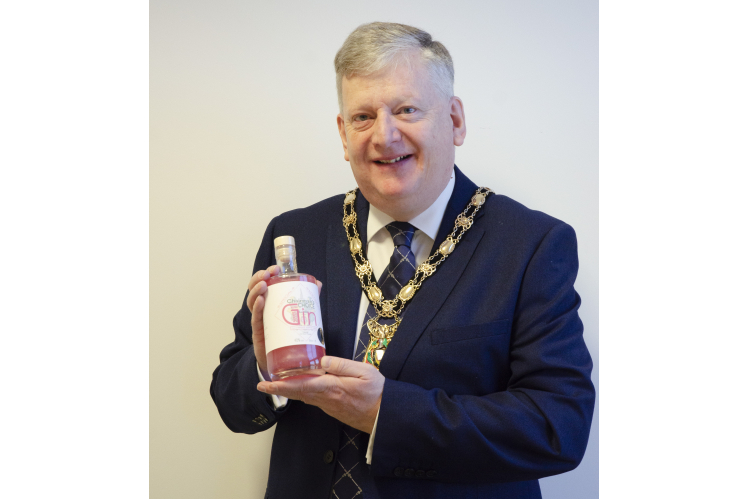 "Instead of Christmas gifts" Anonymous

Anonymous
Instead of Christmas gifts
Anonymous
David Gee
Anonymous
Lisa Gee
Jo-Anne
For CFC Signed Print
Lynn
Chesterfield Football Club signed photo
Shimmy School
Competition Entry Shimmy School
Victoria
Talent competition , After losing my grandad I’m doing This for him , he was a long life fan of chesterfield football club and I would love to do it for him to perform there. Victoria hill
Anonymous
Competition fee, £5 already paid so £10 total for Honey Belles choir