Band of Builders is the story of what happens when people unite to help others. We are national Charity run by tradespeople, for tradespeople.

From the first project launched by founder Addam Smith to help his friend Keith Ellick after he was diagnosed with terminal cancer, Band of Builders has proved what can be achieved when people pull together. It’s a story that captures the hearts and minds of people across the UK and beyond and has helped the movement grow beyond anything anyone could have dreamed. Band of Builders is a registered Charity that aim to help members of the construction industry when times get tough, whether that’s through hands-on projects, advice and support, or just the sense of community that has grown through the simple act of wearing a BoB t-shirt or hoodie. It’s a movement united by a desire to help one another and do someone else a good turn, whether they're a friend, colleague or someone on the other side of the country. It's an organisation whose motto is about actions, not just words. #TogetherStronger. 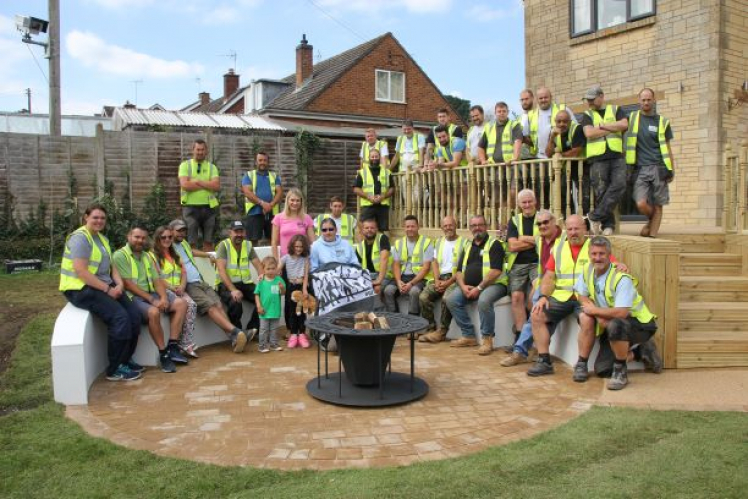 Welcome to the Band of Builders 'Bond Ball & Auction'.

All funds raised from this event and auction will allow us to carry out our charity's m... 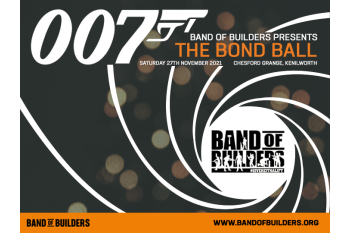 Welcome to the Band of Builders 'Bond Ball & Auction'.

All funds raised from this event and auction will allow us to carry out our charity'... 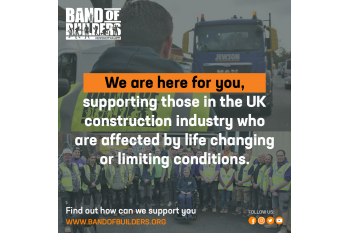 This years London Marathon is the 40th and BoB have an official place. We're ;ooking forward to cheering Richard Croft on as our first runner.... Read more

Support our Band of Builders family by donating to this fundraising event.... Read more

Bob The Bear travels the UK

Support Band of Builders in the 2019 Pavestone Rally

Teams from Band of Builders are taking part in this years Pavestone Rally!... Read more