“I got into a horrible relationship and was in it for three years. When it fizzled out, he wouldn’t leave the property we were in, so I gave up the tenancy. This was in Macclesfield. I wanted to move back to Ellesmere Port where I was before, but the housing said they wouldn’t help because I’d come from Macclesfield and made myself homeless.
I have bipolar, which was only recently diagnosed. Every day is a battle. Some days it’s scary. I don’t want to get out of bed. I used to have terrible mood swings and I have been vulnerable in the past and blokes have seen that and taken advantage. I was also sexually assaulted from an early age.”
61% of homeless women and 16% of homeless men are survivors of domestic abuse, compared to 8.2% of women and 4% of men in the UK, while 20% homeless people are survivors of child abuse, compared to 3% of the UK population. 80% of homeless people also report struggling with their mental health, compared to 25% of the UK population.
Last year, Big Issue North provided crisis support 1,521 times. Please give today to help us to support more vendors like Kirsten this Christmas. 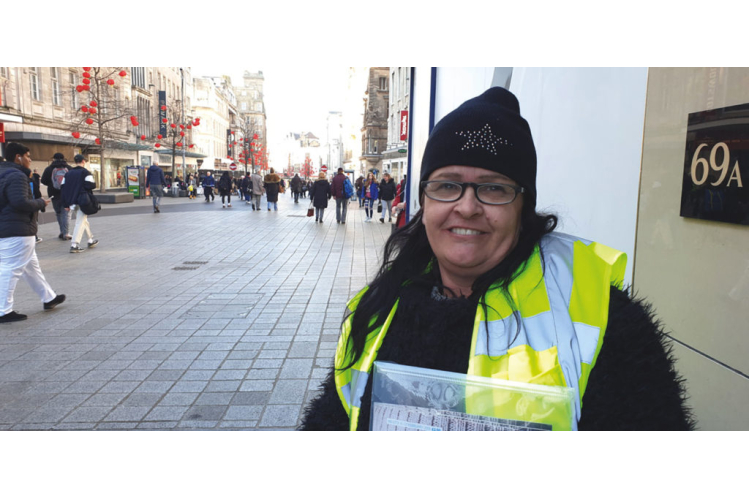