Cowley is the quintessential Cotswold village located between the Gloucestershire towns of Regency Spa Cheltenham and Cirencester, the heart of the Cotswolds. One of the main features is Cowley Manor, (www.cowleymanor.com) which was formerly owned by the Horlicks family and is now part of the Curious Hotel Group. This stylish contemporary boutique hotel is a very popular venue for wedding events - a pretty rural church complemented by the grand Italiante splendour and stunning gardens of the Manor. The foundations of St Mary's were laid in 1200 and the earliest surviving part of the church is now the nave and the barrel-vaulted roof which is of 14th-century date. The porch and the tower were added in the 15th century, though the upper of its three stages were rebuilt at the date of Victorian restoration of the building which was completed by the architect Albert Hartshorne in 1872. More recently, a full restoration project of the church roof and bell tower were completed in 2012. Heating and outdoor lighting were added in the last couple of years. The highlight of the Cowley year is the Summer Fete, held in the grounds of Cowley Manor. St Mary's is one of 9 churches in the Churn Valley Benefice that runs from Coberley in the north to Stratton in the South (churnvalley.org.uk). Cowley is a very popular stop for walkers and visitors to the Headquarters of Gloucestershire Girl Guides. 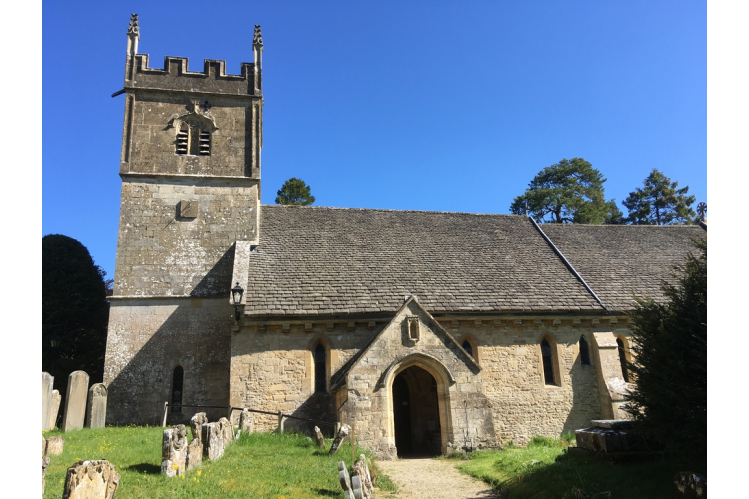 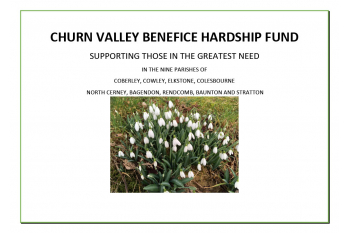 Raising money to support those in greatest need in the Churn Valley Benefice... Read more 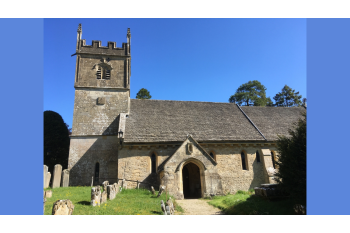 Supporting the Parish Church of St Mary the Virgin, Cowley