For children especially, the loss of someone close can be overwhelming. But with the right support, children can find the strength to cope with emotions such as fear, confusion and sadness. Bereavement support groups like those held at John Taylor Hospice can help children to find the confidence to talk about how they’re feeling, give them hope for happier times and reassurance so they don’t feel so alone.

The coronavirus pandemic has hit many families hard and, when this is all over, they will need support to heal from the grief this crisis has caused. Your donation will mean so much to children like Vicki’s eight-year-old grandson Cruz, and help them through one of the toughest and loneliest times in their life.

My daughter Siobhan was just made to be a mommy and she was 18 when her beautiful baby boy Cruz came into the world. I was over the moon to be a nanny and so incredibly proud of my little girl. The best of friends, Siobhan and I saw each other almost every day. You never know how much love your heart can hold until someone first calls you ‘mommy’ – now Siobhan felt that special bond too and thought it was the best feeling in the world.

Three years after Cruz was born, Siobhan started to suffer agonising pains in her lower stomach and tests revealed abnormalities in her cervix. On the day her biopsy results came back, I received a frantic and tearful phone call from Siobhan: ‘Mom, I have cervical cancer,’ she cried. I rushed to be by her side to comfort and calm her but I just couldn’t take it in – she was only 21.

She began a gruelling course of treatment straight away and Siobhan and Cruz moved in with me. At her three-month scan, doctors found cancer in her uterus and they needed to operate immediately. We were heartbroken after everything she’d been through. Over the following months Siobhan had to endure two operations – one of them lasting ten hours. All the while, she continued to be the most wonderful person you could hope to meet and remained positive, strong and brave for us and for Cruz.

For just over two years Siobhan started to enjoy life again, but then the pains returned. The day we got her scan results was the worst day of my life: the cancer had returned and had spread to her lungs. Even more radiotherapy couldn’t stop this cruel disease as the cancer spread to her ribs, her neck and her spine. There was nothing more that could be done to save my daughter – her condition was terminal.

Siobhan decided she wanted to spend what precious time she had left treatment-free and with her little boy. Hospice nurses came to visit regularly and even paid for a solicitor to visit us so Siobhan could make a will and name me as Cruz’s legal guardian. Siobhan didn’t want Cruz to see her pass away so they hugged, kissed and told each other ‘I love you’ before Cruz went to stay with his other nan. That night, my beautiful daughter died peacefully at home – she was only 25.

At seven years old, Cruz understood that his mommy was an angel now. He was so brave but found it difficult to talk about his feelings. Sarah, the nurse that cared for Siobhan, told us about a new bereavement group for children at John Taylor Hospice. Cruz was reluctant to go, but after the very first session he said he loved it and looked forward to going every week. He felt reassured talking to other children who’d lost parents and grandparents and realised he wasn’t alone.

In the group he drew pictures of his mommy; such lovely, happy memories of the two of them shopping and playing together. After a few weeks of counselling and art therapy with the other children, we noticed that Cruz started to open up more, being able to express his emotions and ask more questions. The group has also given us strength as a family, the opportunity to grieve in our own ways and to reminisce about precious moments together that keep Siobhan’s beautiful memory alive.

The support group that Cruz was part of at John Taylor Hospice was a pilot. But the help it gave to the children taking part showed that it should be continued - to give more children like Cruz the chance to open up, express their feelings and realise they are not alone.

This Hope and Healing Appeal aims to raise £10,000 to fund more groups for children once this period of lockdown ends. Your donation will give bereaved children and their families hope and help to heal and would mean so much to children now and in the future. 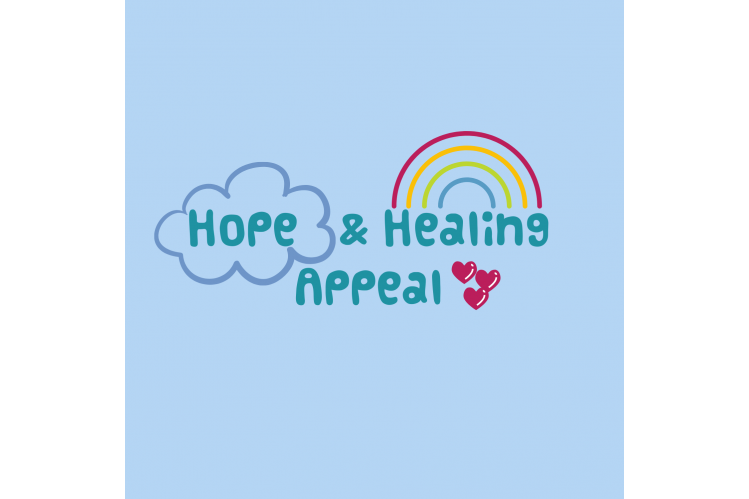