“Whoever builds a mosque for the sake of Allah, then Allah will build for him a house like it in Paradise.”

It is indeed with great pleasure to be able to give you an exciting update regarding the Al-Qaaem project. Alhumdulliah with the grace of the almighty Allah swt and support from all over the world we are fast approaching the completion of the main phase of the project. We take this opportunity to invite you all to the opening ceremony in when the project is due to be complete inshallah.

Background
The Muslim Khoja Shia Ithna-asheri community of Peterborough has its foundations in the families who settled here after being expelled from Uganda in early 1970s. Gradually, the community expanded until in 1978 it became the first purpose-built Mosque for the Khoja Shia Ithna-asheri community in the West with the new Imambargah and centre built in 1991, opened by Marhoom Mullah Asgharali M M Jaffer.

Since then, the community has grown immensely over a number of decades and there was a consensus that there was a need for expansion; the community pledged to serve the needs of our children who will be the future leaders of our community. Very soon afterwards the almighty Allah swt gave us an amazing opportunity to purchase land adjacent to our current centre.

2007:          Opportunity arose to purchase land adjacent to the centre named the Al-Qaaem Project

1992-today: Community continues to grow, leading to a grave shortage of space for all community members during all major functions in addition to extreme shortage of Madrasah classrooms and facilities

2007 - 2009: Active community consultation on facilities required by all age-groups of community

2009:            Architectural plans drawn and approved by general after numerous meetings with community

May 2011:     Permission through WF to use Ijazah of Ayatollah Sistani to collect khums funds for project

April 2014:     Laying of foundations after collecting sufficient funds so that we are at 50% of costs

It is no secret that the Al-Qaaem project suffered heart-breaking issues with the building contractor. This caused severe delays and set back the project by a number of years. But with everyone’s support the community picked up the pieces and went from strength to strength forming a dedicated team internally to complete the project. We have also been able to tailor our building further adding bespoke facilities such as state of the art lighting, door access system, AV and CCTV together with heating & AC controlled through a tablet – all of which was not originally going to be delivered by our building contractor.

We are so pleased and excited to tell you that with the help of the Imam of our time we are so close to completing the main phase of the project. We have fallen short of funds but we are confident once funds are received, we will inshallah meet the shortfall.

What support do we need moving forward?

First and foremost, we need your sincere and heartfelt duas for our Al-Qaaem project. The fruition is entirely in the hands of the almighty Allah swt.

The community of Peterborough recently elected a new Executive Committee and as such they carried a full review of the Al-Qaaem project. We have formulated a plan to complete the full renovation of our existing centre to match the new building and make adaptations such as bigger Madrasah classrooms as approved by our AGM September 2019 and youth and senior facilities which are urgently needed. We therefore require your support to assist us in collecting funds to take us to its full completion.

To ensure that we are able to continue to cater for the needs of our community we will endeavour to move to the new building in order for us to then be able to refurbish the existing one.

Once this is complete, we are going to take this opportunity to refurbish the much needed external car-park which includes resurfacing, upgrading our existing outdated security facilities including a contrast brick wall around the perimeter.

We therefore urgently need £2million to complete this project.

We take this opportunity to sincerely thank you for your donation. May the almighty Allah swt reard you, your families and marhoomeens for every penny you give towards Al-Qaaem (Ameen) 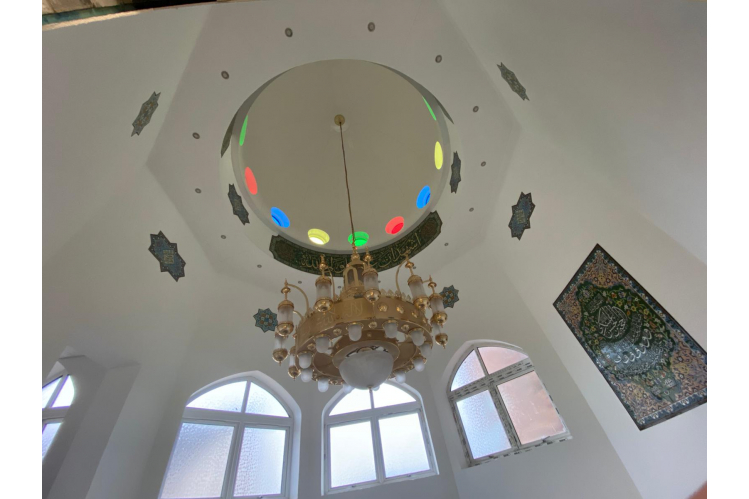 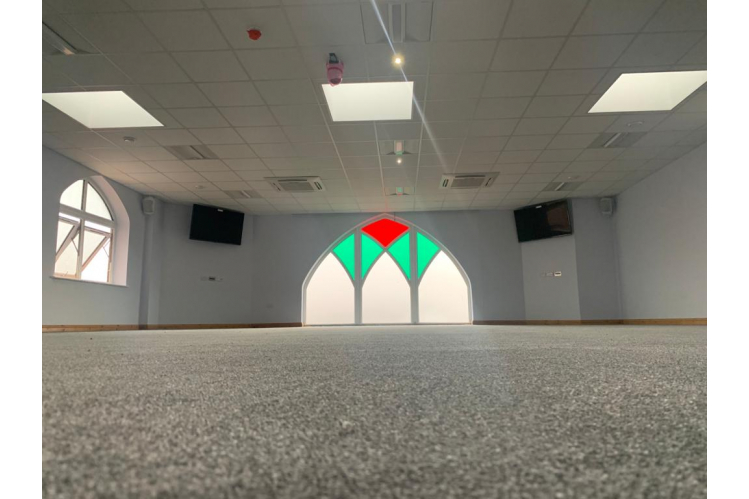 "For the love of mola Hussain A. S" Anonymous

"Well done for a good cause" Anonymous

Anonymous
To help renovate the existing madressa
Anonymous
please can you email me a receipt in the company name easy care solution uk ltd
Anonymous
For the love of mola Hussain A. S
Anonymous
Well done for a good cause
MARHOOM IQBAL G DHANJI
PRAYING FOR THE SUCCESS OF AL QAEM PROJECT
Anonymous
For the love of Ali (as)
Anonymous
Nice production. May Allah SWT bless you.
Anonymous
Beautiful speech and humble speech by your president ,Rizwan
Anonymous
We pray for the growth of Peterborough Imambada inshallah. Please recite Surah Fatiha for Marhum Gulamabbas Nurmohamed and Marhuma Mariambai ‘Baima’ Haji Nassur
Anonymous
Beautiful Project
Anonymous
As a Thank you for a wonderful series of Majalis this Muharram.
Anonymous
As a thank you to our fellow Shia community abroad who organized and invited our beloved Syed Ammar Naqshawani for Muharram 2020 speeches. God bless you all and provide all of us shafa'a of Imam Hussain (A.S.).
Anonymous
I heard your majlises this year Thank you
Anonymous
Al qaaem project
Anonymous
For the project of Imam Bargah
Anonymous
Inshallah with Allah's help and the duas of our Ahlulbayt (A.S) we shall succeed to meet our target. AMEEN
Anonymous
For completion of our mosque
Anonymous
All the best and may the community continue to prosper
Anonymous
To support this worthy cause.
Anonymous
Have been listening to the appeals over 10 days as we have been following S A Nakshwani lectures. Very worthy cause. May you reach your target iA
Anonymous
To support Husseini Islamic Centre Building project
Anonymous
Great Muharram program
Anonymous
Thank you, keep up the good work.
Asifa
Donated in the memory of Late Shanaz Begum & Late Fauzia Begum for the benefit of Madrasa.
Anonymous
May Allah accept our Duas
Anonymous
We are a part of the Peterborough community, our son goes to the madrasa. We have been watching the majales since the beginning of Muharram and want to donate this sadaqa to help in the project of improving the center.
Anonymous
For Al-Qaaem building project
Anonymous
I pray for the success of this project.
Anonymous
To support the project
Anonymous
May Almighty swt grant you success in this project.
Anonymous
Great muharrum programme 2020
Gordon Saitama
Feeling generous under the banner of muharram
Anonymous
Towards the mosque construction.
Akhlaq
For the support of Imam Hussain (as).
Anonymous
Sawab e jari
Iqbal
On behalf of my family behalf of 124,000 Prophets and 14 Masoomen a.s and any body we have prayed for
Anonymous
It's Sadqa e Jariah
Anonymous
Because I want to leave a sadaqa jariya behind me when I die.
Anonymous
Sawab of Tehsin Ali jiwa and Sabira Rashid and Hamida Rashid
Ghulam Haider ibn Atta Muhammad
For isal e sawab of My Father in law Ghulam Haider ibn Atta Muhammad.
Amina Ali
Muharram live majlis
Anonymous
Helping momineen by contributing towards a strong base for the propagation of islamic thoughts and values.
Anonymous
Please use the donated money for al-qaaeem project to build the mosque so I receive sadeqa jariya
Anonymous
All praise be to Allah the Lord of the Worlds - This modest donation is made to seek His pleasure.