At the annual meeting of North East Derbyshire District Council, Councillor Diana Ruff was elected as the 36th Chair of the Local Authority for the coming Civic year 2022-2023.

Born in Merton, London the family moved to Edgware when Diana was 4 years old, living there until she married and moved to Wantage, Oxfordshire in 1975.  Whilst there, Diana worked for the Oxfordshire Education Authority, and became involved with village life by setting up a Mother & Toddler Group, a Playgroup and Summer Activities Play Scheme.

Diana, and her husband Geoff, moved to Wingerworth 23 years ago to effectively retire and enjoy themselves.  However, they both became involved with a new challenge, and that was to help expand the family business, Wingerworth Garden Centre, by establishing and running a Coffee Shop.  Through working in the Coffee Shop, Diana met some very interesting people and formed several new and lasting friendships.  The late Councillor Sheila Walker invited Diana to attend a Parish Council meeting and the rest as they say, is history.  Although not joining the Parish Council straight away it sparked the interest to become more involved with village life.

During her time on the Parish Council, Diana was an incredibly active Member, notably supporting residents on one of the biggest issues affecting the village; planning, regularly representing residnets at hearings/appeals.

Diana worked alongside five residents to prepare and deliver a Neighbourhood Plan for Wingerworth.

Working closely with many members of the local community on various projects, one of the greatest successes was building a relationship with the “Friends of the Parks” group, which resulted in three Council-maintained play areas being upgraded, along with the installation of a MUGA and gym equipment on Allendale Park.  Diana, working alongside other interested residents, was instrumental in resurrecting the Family Fun Day.

Diana was elected as a District Councillor for the Ward of Wingerworth in 2019.  Taking on the position of Chair of Planning, a role she still holds.  She also sits on a range of Committees including Standards, Mental Health Awareness and Organisation Scrutiny.  Diana also sits on the Board of Directors for Rykneld Homes and Chesterfield Volunteer Centre.

Diana has always been community minded, and hopes to carry on working with local community groups for some time to come.

Looking forward to supporting Diana in her Civic year is her husband, Geoff, who will be her Consort.

During their year in office Diana and Geoff have chosen Soldiers, Sailors, Airmen and Families Association (SSAFA) – The Armed Forces Charity as their chosen Charity.  Diana is looking forward to raising awareness and funds for the charity, one which is close to her heart after her father was a serving member of the Royal Navy. 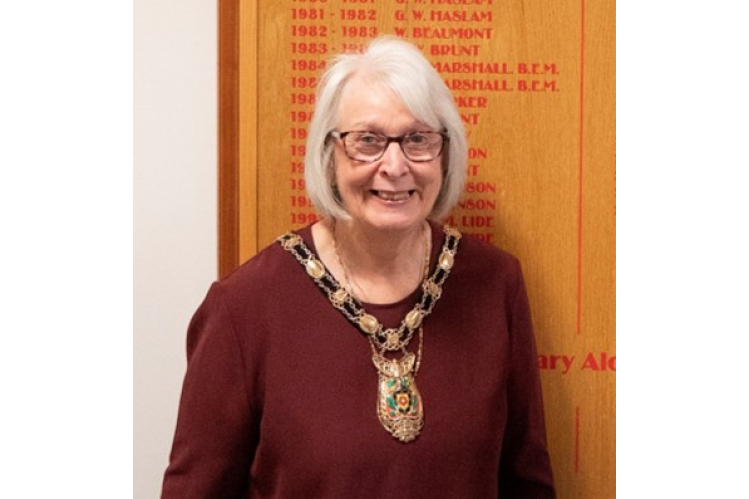 "A fantastic cause and a great Chair leading it. Well done Diana!" Alex

Alex
A fantastic cause and a great Chair leading it. Well done Diana!