THEATRE WHERE YOU LEAST EXPECT IT

THEATRE WHERE YOU LEAST EXPECT IT Teatro Vivo  is a critically acclaimed  theatre  company  making playful and exciting  immersive  shows  in unusual spaces.  We tell stories in surprising ways – bringing Shakespeare to  supermarkets, exploring The Odyssey on the streets of Deptford, or exposing the truth behind the British  arms  trade in public squares.   HOW WE WORK   Narrative &  People are the core of our work, whether as audiences going on an adventure led by our highly skilled collective of immersive performers, or as community participants working alongside them to learn new skills and make new connections, or the friends we make in the locations in which we perform – many of whom have little to no contact with the Arts in their everyday lives.    WHAT THE PRESS SAYS ABOUT US:  “Almost anywhere is a possible stage for this most creative of theatre groups. The challenge they set themselves is to break free of tradition, reinterpret the classics and collaborate with their audience.  Absolutely not the West End.”  The Guardian 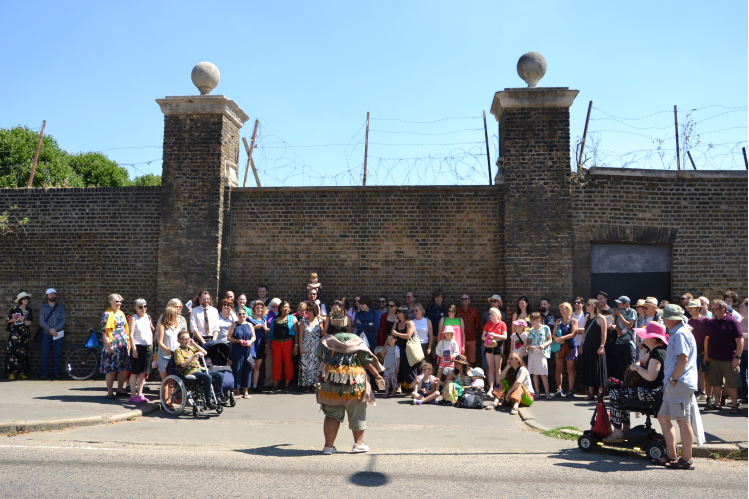 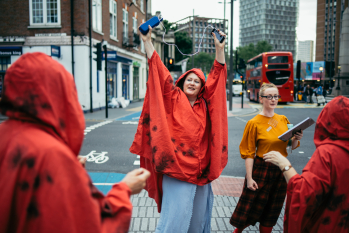